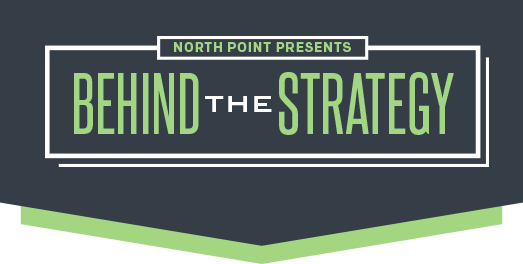 PREACHING IS A TEAM SPORT

Every Sunday for more than two decades, Andy and North Point’s service programming team have been aiming for one win: They want people to come back.

But think about the number of details packed into creating an experience that would make someone want to return the following week. Everything needs to line up just right.

Was it easy to find a parking spot? Did they have trouble navigating an unfamiliar building? Were they able to locate the restroom? Did they feel comfortable dropping off an infant in the nursery? Did they find the music too loud? The room too cold? The service too long?

Small details can work together to create an experience so excellent someone wants to return. But the opposite is also true. If any one of them goes awry, it may be the last time you see that first-time visitor.

Which is why evaluation has become a keystone habit at North Point. In fact, one of the six core values for our staff is Make It Better.

And the preaching is no exception, even with a seasoned pastor like Andy.

Sunday mornings begin early for Andy and the service programming team, with a rehearsal that includes a “fast forward” version of the sermon. As they listen to this abbreviated message, Service Programming Director Elizabeth Lincoln 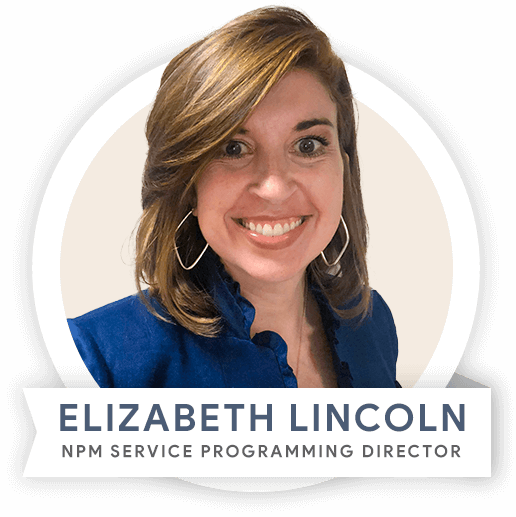 and her team are on alert for anything that misses the mark. Maybe it’s a joke that doesn’t land, an example no one can relate to, or a scripture reference that needs a little explanation in order to make sense to someone who’s unfamiliar with the Bible. If anything could create a speed bump for our target audience—the skeptic in the back row—Andy tweaks the message to fix it.

The evaluation process continues as the 9 a.m. service is streamed multi-site and programming directors from other campuses weigh in. Then when the first service wraps, Elizabeth, Andy, and a few others gather to compare notes. In this debrief, the team is looking for anything that can be tightened up before the second service. Perhaps one section of the sermon seemed to run too long or a story could be cut to shave off a few minutes.

After years of being part of this process, Elizabeth describes the key ingredient as humility. “Andy has a genuine desire for people to speak into each message and to make it better. He doesn’t take our comments personally.” And, she says, “he prepares for every message. He never leans on the fact that he's done this a million times. Even as one of the premier communicators in the world, you’d think he’d wing it once in a while. But he doesn’t.”

For those of you who preach 52 weeks a year, the idea of someone coming in hot with feedback between services may sound unpalatable. Andy and the North Point team see it as part of staying laser-focused on the goal—delivering a message that makes someone want to come back.

If you’re intrigued enough to make this kind of feedback part of your process, read on. After working with Andy, various campus pastors, and a roster of guest communicators, Elizabeth has a few words of advice that will set you up for success.

#1: You're never going to get honest feedback if you don't create a culture that permits it.

Andy, Elizabeth, and the others involved in message evaluation have been working together for over a decade. In that time, they’ve fostered a culture of incredible trust, where everyone is focused on the same goal, no one has a personal agenda, and everyone’s opinion matters.

That culture must flow from the lead pastor. Are you giving people permission to share honest feedback? Have you ever thanked or celebrated someone who spoke up? Do people feel safe sharing constructive criticism with you?

If you aren’t sure, ask your team.

Elizabeth has observed that two particular attitudes make it almost impossible for genuine feedback to occur: arrogance and insecurity.

Arrogant communicators never have ears to hear anything constructive, insisting their delivery was spot-on every time. Their teams eventually grow exhausted of offering suggestions that get rebuffed, proving the maxim that Leaders who don’t listen eventually find themselves surrounded by people with nothing to say.

Ask yourself, Can your mind be changed about your message… really?

On the flip side are overly insecure communicators who are constantly looking for affirmation. Their teams hold back hard comments and end up prioritizing feelings over feedback. After all, no one wants to make anyone feel worse.

In both cases, communicators end up in a feedback vacuum where no one is honestly reflecting anything helpful. And the people sitting in the rows on Sunday feel it most.

For Andy, there are only four people weighing in on Sunday messages. And as you’ve read, those people have a few things in common. 1. They prioritize “the win” above all else. 2. They have established trust amongst each other. 3. They have nothing individually to gain (or lose) from being honest.

If you don’t have a team in place, Elizabeth offered a few questions help you figure out who’s right for the role.

Do they understand your values and what you're trying to do?
Do you feel like they’re trying to help you be the best version of you?
Do they have a personal agenda?
Do you feel safe being vulnerable with them?
Do you believe they want you to succeed?

Pre-deciding whose voice matters when it comes to evaluating your service makes it easier when you inevitably receive that email from an attendee, text from a disgruntled elder, or criticism from your neighbor. Everyone’s opinion does not carry equal weight. When you’ve decided on a core group of folks who are committed to the mission, laser-focused on the vision, and want what’s best for you and the ministry, you can release the burden of addressing every nitpicky comment.

#1: Be specific with affirmation and criticism.

One of the most helpful ways to support a communicator is with specificity. Simply saying “Great job,” or “That was your best sermon yet!” may feel good in the moment, but it’s not very useful long-term.

Elizabeth focuses on details when she provides feedback. She’ll say things like, “That part of the message really evoked a lot of emotion.” Or, “I had never really thought about that verse in this way. You captured my attention.”

The same goes for criticism. She offers comments like, “I’m not sure the story you told underscored the point you were trying to make.” Or, “I don’t think people knew whether they were supposed to laugh at that joke.”

Vague comments like, “I didn’t like that,” or “You lost me there for a bit” put the responsibility solely on the communicator to fix issues quickly before the next service. If you can, couple any criticism with a solution. Even if your suggestion isn’t exactly right, it might spark an alternative idea that is. Try feedback like, “The illustration at the end was rushed. What if you trimmed the section before to make more time for it?” To communicators who welcome feedback, suggestions feel like support.

Every communicator brings different strengths (and weaknesses) to the role. Ideally, your support fills in the gaps where needed and lets the communicator take the lead in areas where they shine.

For Andy, outlining messages comes naturally. Instead of jumping into that part of the process with him, his team offers support in the early stages of series development and at the tail end. In brainstorm meetings, they offer lots of options for how a topic could be handled. Then Andy does his thing, turning those ideas into a message series. And the team offers a final polish during Sunday’s rehearsal and between-service debrief meeting.

Elizabeth also pitches in by keeping an eye on the view from 50,000 feet—monitoring what’s happening in culture, in the community, and around the campuses. She says, “If we’re going to do a long series on the book of Luke, we’ll intentionally follow that up with a topical series like marriage or money. This shift allows us to re-engage our attenders in a fresh way.”

A healthy and helpful feedback loop won’t happen on accident.

It may not take 11 years to build the kind of team dynamic that Andy and Elizabeth have, but it certainly takes work. Use this team discussion guide to get started.

If you don’t have a trusted circle of advisors around you, we can help.

How it works: Just send us a video link to your service and one of our North Point pastors will review it then schedule a 60-minute virtual consult to talk it through. 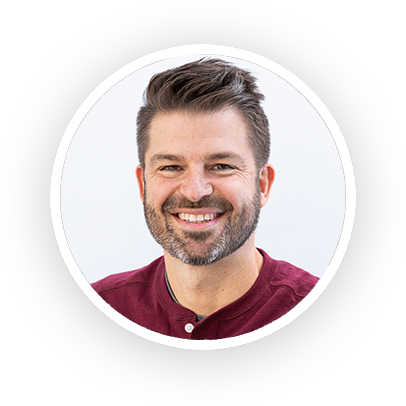 Have questions? Meet Louie, he can help.